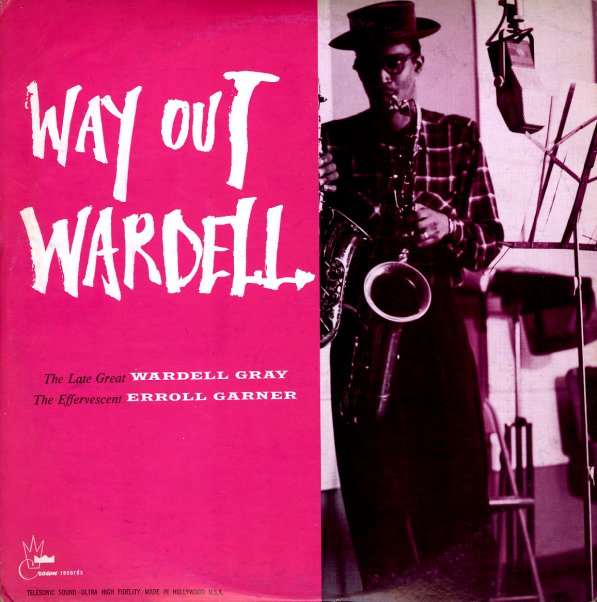 Seminal sounds from the LA scene of the late 40s – one of the most important records to showcase the tenor talents of the legendary Wardell Gray – a key player on the harder side of the west coast for its formative bop years – and one whose career was cut short all too soon! The material here really shows that strong LA tradition of fervent jam session work – recorded here with Gray alongside additional tenor from Vido Musso – plus guitar from Barney Kessel and Irving Ashby, trumpet from Ernie Royal and Howard McGhee, trombone from Vic Dickenson, piano from Arnold Ross and Erroll Garner, and bass from Red Callender and Harry Babison. Tracks are nice and long – with plenty of room for Gray to show of his solo talents – and titles include "Tenderly", "Blue Lou", "Just You Just Me", and "One O'Clock Jump".  © 1996-2021, Dusty Groove, Inc.
(Black label pressing with deep groove. Cover has a split spine, but is otherwise nice.)