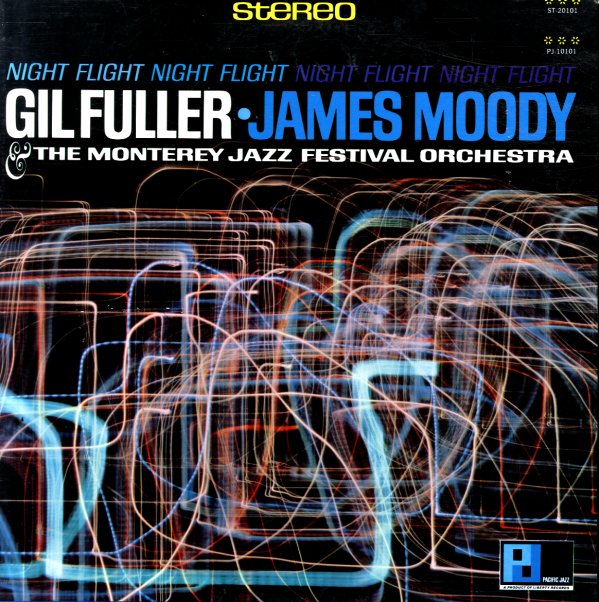 A newly majestic setting for James Moody in the 60s – thanks to the mighty arranging talents of Gil Fuller! The album's similar to one that Fuller did with Dizzy Gillespie at the same time – a blend of large ensemble backings and soulful work by the solo star – which in this case is James Moody on alto, tenor, and flute! Moody's work here is kind of an extension of his 60s recordings with Tom McIntosh – an amazing array of colors, tones, and emotions that would never have been heard in his music a decade or two before – played with sophistication that's simply stunning, and a sense of swing and soul that makes the whole thing move nicely. The ensemble has a great rhythm section that features Mike Wofford on piano, Chuck Berghofer on bass, and Chuck Flores on drums – plus percussion from Francisco Aquabella – and titles include "Latin Lady", "Tin Tin Deo", "Our Man Flint", "A Patch Of Blue", "Night Flight", and "17 Mile Drive".  © 1996-2021, Dusty Groove, Inc.
(80s Capitol reissue in a non-gatefold cover, with edge wear, rounded corners, a cutout notch, and light surface wear.)

Swinging Soundtrack (aka Theme Music From The James Dean Story)
Pacific Jazz/Kimberly, 1956. Very Good+
LP...$14.99
Although the initial release of this music was a cheap attempt to cash in on the tragic fame of the late James Dean, this 1956 session was also one of the nicest big band dates to come out of the Pacific Jazz catalog of the 1950s! Chet Baker and Bud Shank are the featured soloists of the set ... LP, Vinyl record album