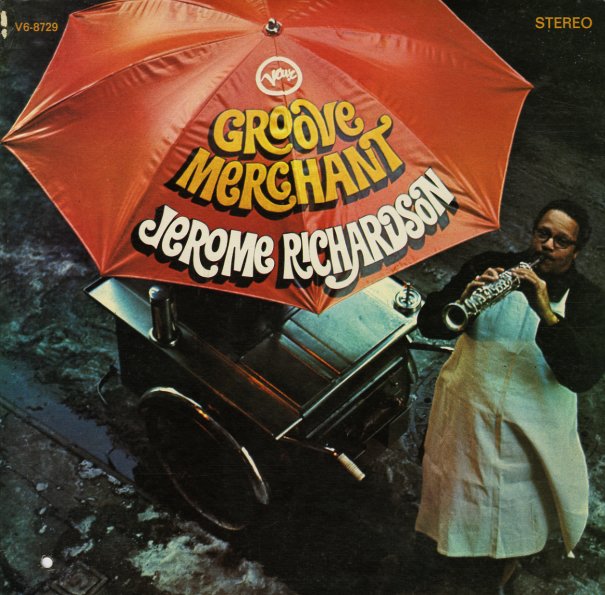 A great little album of jazzy tracks from multi-talented reedman Jerome Richardson! The album's got a sort of jazzy meets Now Sound sound – sort of like the Benny Golson or Cal Tjader albums on Verve from the time, and it's a great one if you dig that sort of thing. The tracks are mostly covers of 60s pop tunes – like "Sunny", "Groove Merchant", "Girl, You'll Be A Woman Soon", "Where Is Love", "Ode To Billie Joe", and "No Matter What Shape" – and the mix of reeds, organ, and guitar is very nice!  © 1996-2020, Dusty Groove, Inc.
(Cover has split seams held with wide masking tape, with a name in pen and some peeled spots on back. Label on Side 2 has a light stain with some peeled spots.)