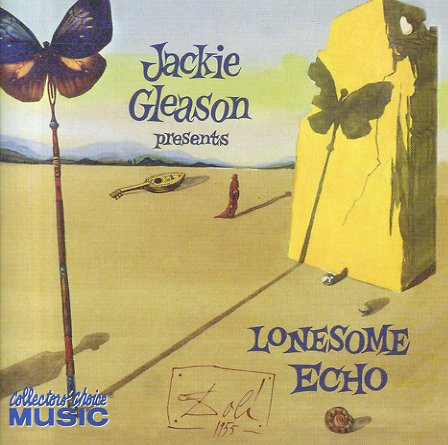 A fantastic album – if only for the cover! The record features a rare cover image that's an obscure painting by Salvador Dali – and the back cover features a photo of Jackie and Dali shaking hands! The music's not as surreal as the image, but it's still got this amazingly baroque mixture of woodwinds and strings, floating in a pillowy sort of dream-like state. Titles include "There Must Be A Way", "Deep Purple", "I Wished On The Moon", and "Speak Low".  © 1996-2022, Dusty Groove, Inc.
(Rainbow label duophonic stereo pressing. Cover has a stereo sticker and light wear.)