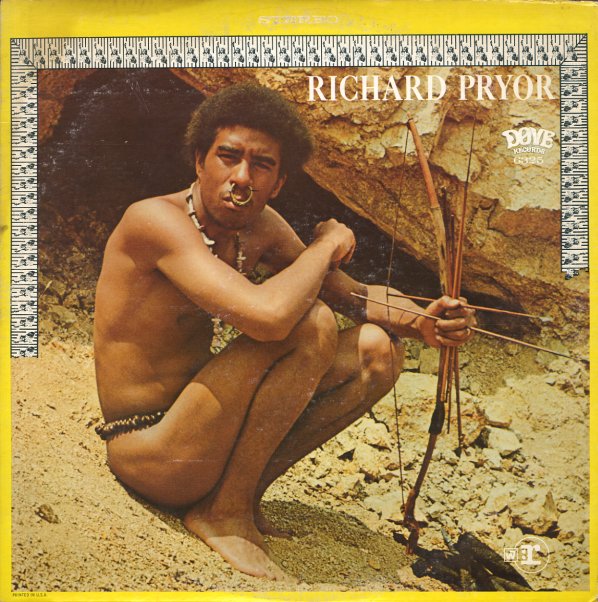 Classic early stuff from Richard Pryor – with a wild cover that parodies National Geographic, and which features Richard dressed as a primitive with a bow & arrow! Nice and raw – with routines like "Super N*gger", "Girls", "Farting", and "Smells".  © 1996-2022, Dusty Groove, Inc.
(Cover in great shape.)