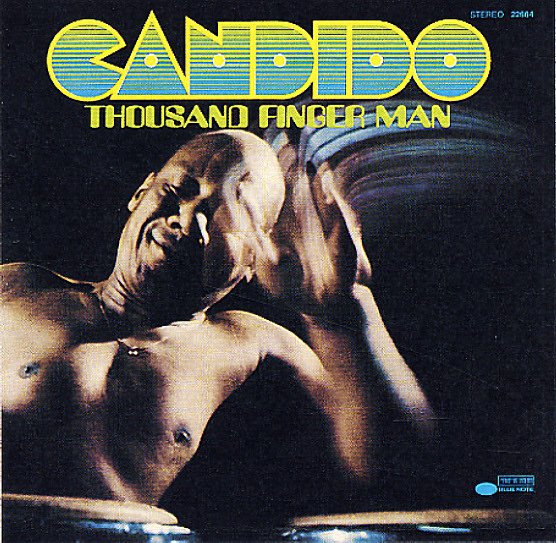 Stone lost Latin funk! This one's Candido's rarest – and it's a killer batch of conga-heavy grooves, recorded in the late 60s for Solid State, and featuring a very groovy set of mod Latin arrangements by Joe Cain. The band features organ, guitar, bass, horns, and some upfront conga solos from Candido. Tracks are longer than usual for this sort of album – and there's a lot of strange elements floating through the tracks, in a very nice way! Titles include "Thousand Finger Man", which has some especially firey conga breakdowns, plus "Jump Back", "Soul Limbo", "Tony's Theme (from Lady In Cement)", and "Come On Choo Choo Train".  © 1996-2022, Dusty Groove, Inc.
(Scorpio reissue.)