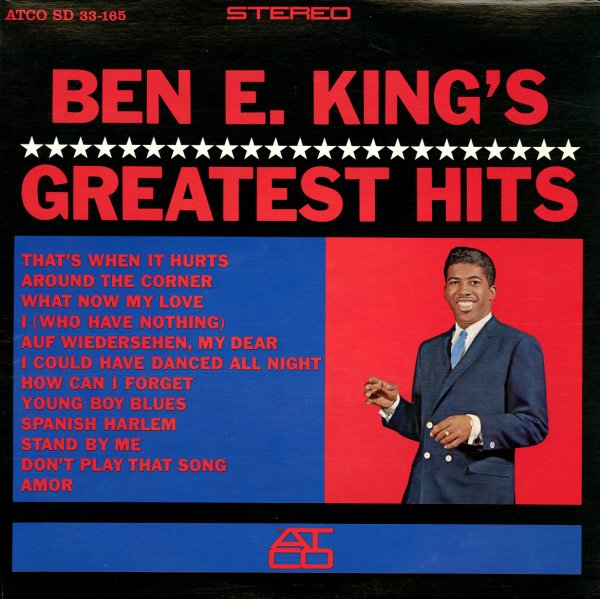 Ok, so you might be sick of hearing "Stand By Me" over and over on oldies stations, but Ben's one of the greatest soul singers of the 60s, and checking out this greatest hits set, you'll be surprised at how many great songs he sung that you might not know! Nice ones include "That's When It Hurts", "Around the Corner", "How Can I Forget", "Young Boy Blues", "I (Who Have Nothing)", and the incredible "Amor".  © 1996-2022, Dusty Groove, Inc.
(Cover has light wear.)

Street Tough
Atlantic, 1981. Near Mint-
LP...$9.99 11.99
An overlooked gem from the later years of Ben E King – a sweet little set that shows that the singer was every bit as well suited to 70s funk as he was to the uptown soul of his roots! Ben's sweet voice soars wonderfully over bass-heavy grooves that draw on club and funk, but which also have ... LP, Vinyl record album