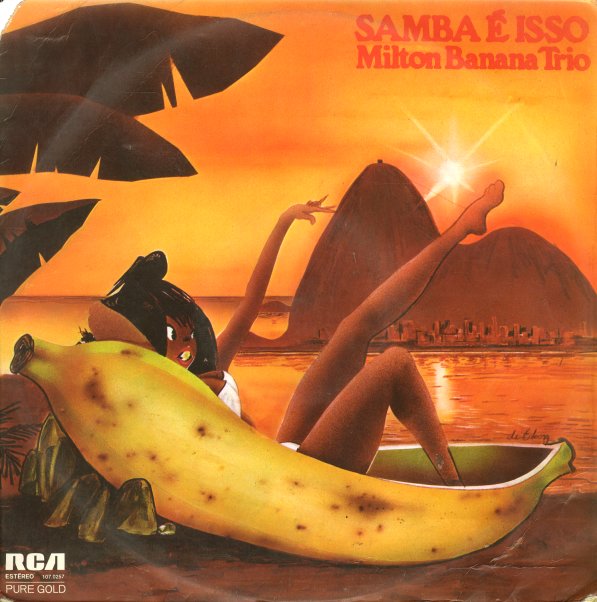 Linha De Passe
RCA (Brazil), 1984. Near Mint-
LP...$14.99
A bit later vintage than some of Milton's 60s bossa work, but one of his nicest albums from the 80s – and filled with great little jazzy tracks that are tighter than some of his other albums from the time! The group's a trio, and the tracks include many nice ones by some of the better MPB ... LP, Vinyl record album

Definitivamente
RCA (Brazil), 1974. Near Mint- Gatefold
LP...$24.99
Fantastic 70s material by this unique Brazilian combo! The sound is perhaps a bit less funky than some of their other records, but the songwriting is excellent, and the production is top notch – in a way that opens up the voices and gives the record a lot more soul than usual. Filled with ... LP, Vinyl record album

Bem Transado
RCA (Brazil), 1983. Near Mint-
LP...$4.99 11.99
Smooth samba work from Joao Nogueira – recorded in 1983 with arrangements that have a bit of keyboards in with the guitars and percussion. Titles include "Outros Tempos", "Se Segura Seguaranca", "Como Sera", "Dois Dois", "Clube Do Samba", and ... LP, Vinyl record album