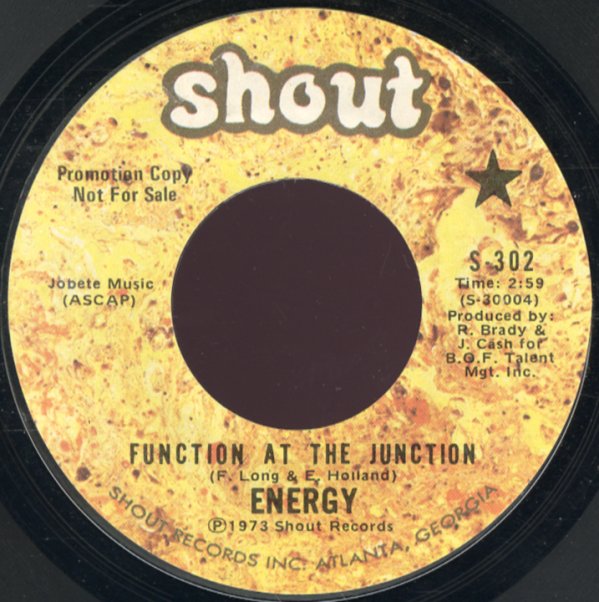 Function At The Junction/Better Not Live Outside Your Heart

"Function" is a remake of the Shorty Long track and the flipside is a great sweet soul track, with tight east coast harmonies, and a nice mellow sound!  © 1996-2021, Dusty Groove, Inc.