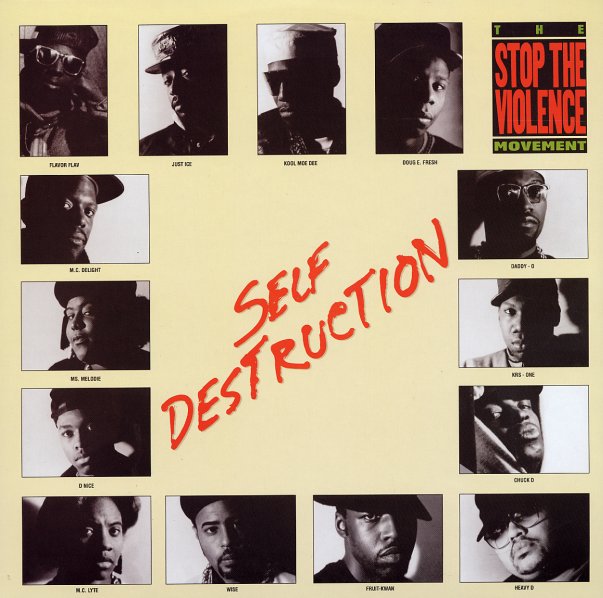 Produced by D-Nice and KRS One, with rhymes from KRS One, MC Delight, Kool Moe Dee, MC Lyte, Daddy-O and Wise, D-Nice, Ms Melodie, Doug E Fresh, Just-Ice, Heavy D, Fruit-Kwan, and Chuck D and Flavor Flav.  © 1996-2022, Dusty Groove, Inc.
(Vinyl has a mark that clicks on the extended mix. Cover has bent corners, some stains at the spine, and some marker and an index label in front.)