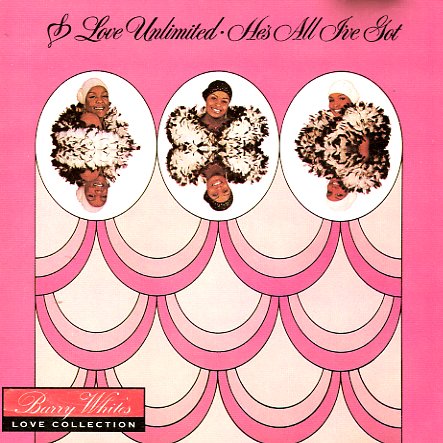 He's All I've Got

Despite what was probably an easy temptation to go pop disco, Barry White and the girls here stick pretty closely to their classic 70's soul sound – the large part of which was a huge inspiration for disco in the first place. Barry's production, as always, is excellent, as is his songwriting, which graces most of the LP. Titles include "Never, Never Say Goodbye", "He's Mine", "I Can't Let Him Down", and "He's All I've Got".  © 1996-2023, Dusty Groove, Inc.
(Cover has a cut corner, some wear and aging, lightly bent corner, a name in pen on both sides, and a scrape in back. Labels have some pen.)

Barry White Presents Mr Danny Pearson
Unlimited Gold, 1978. Very Good+
LP...$24.99
A lost treasure from Barry White – the one and only album recorded by Danny Pearson, one of the few singers that Barry did as "special projects" during the 70s! Like Gloria Scott and Tom Brock – two other White-produced singers of the time – Pearson's got a wonderful ... LP, Vinyl record album