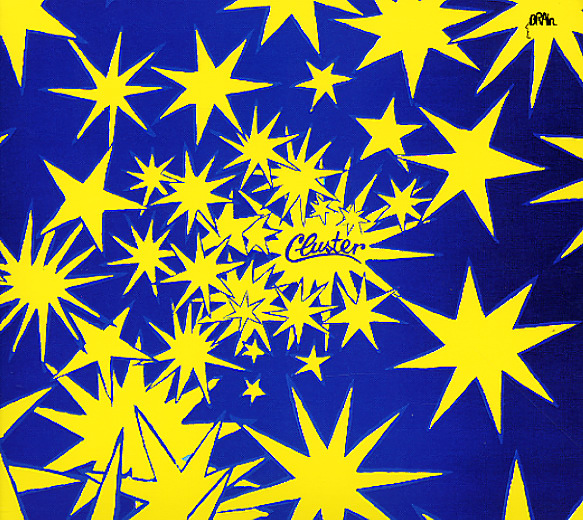 Heady work from Cluster – a record that really helped set the tone for a whole generation of German experimentation! The sound here is incredibly dense – guitar and keyboard parts that are processed heavily, looped back on themselves, and sometimes supported by a bit of electronics – all at a level that's still quite fresh and free – never too jamming, nor too experimental for experiment's sake! There's an intrinsically rhythmic feel to the whole record – a cosmic pulse that ebbs and flows beautifully – and the whole thing still has a lot more of an edge than most of the later work from the team of Dieter Moebius and Hans-Joachim Roedelius. The album was co-produced with Conny Plank – and titles include "Plas", "Im Suden", "Fur Dir Katz", "Georgel", "Live In Der Fabrik", and "Nabitte".  © 1996-2023, Dusty Groove, Inc.
(50th anniversary pressing – hand-numbered limited edition of 1000 copies – on 180 gram vinyl!)