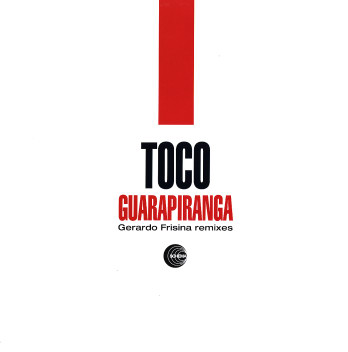 Gerardo Frisina takes Toco to a very groovy place with this one – using lots of additional percussion to really transform the tune! The original mix of "Guarapiranga" features plenty of Fender Rhodes, acoustic guitar, and vocals from Rosalia De Souza – but for his version, Gerardo drops out the keys and kicks in the percussion – and uses an additional bit of programming from Paolo Fedreghini to give the cut a driving, Schema-styled Latin groove!  © 1996-2023, Dusty Groove, Inc.