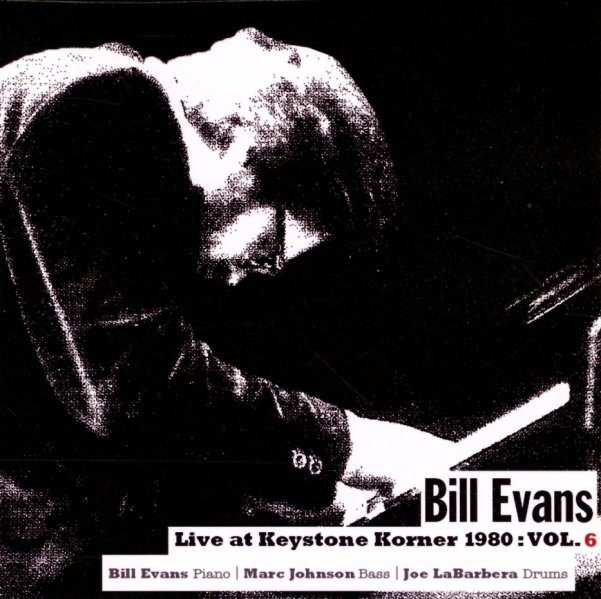 Fantastic work from piano legend Bill Evans – recorded at the Keystone club in San Francisco just a month before his too-early death – and a batch of material that shows us that Bill still had plenty to offer the world! This isn't the work of a musician on his last legs – and instead, Evans is a master of imagination, phrasing, and timing – working with his superb late trio that features Marc Johnson on bass and Joe Labarbera on drums – and further opening up tunes we've already heard him open up before – leaving us breathless all over again, at that level that makes Bill Evans live material maybe even more important to understanding his genius than his studio material! Titles on this sixth volume include "Laurie", "Emily", "Tiffany", "Knit For Mary F", "Who Can I Turn To", "You & The Night & The Music", "My Foolish Heart", and "Re Person I Knew".  © 1996-2022, Dusty Groove, Inc.

Inner Spirit – The 1979 Concert At The Teatro General San Martin, Buenos Aires
Resonance, 1979. New Copy 2CD
CD...$20.99 26.99
A very late live set from the legendary Bill Evans, and a great one too – a set that captures the pianist in all his spare, subtle glory – working with just the right sort of accompaniment from Marc Johnson on bass and Joe LaBarbera on drums! Both Marc and Joe are players who really ... CD