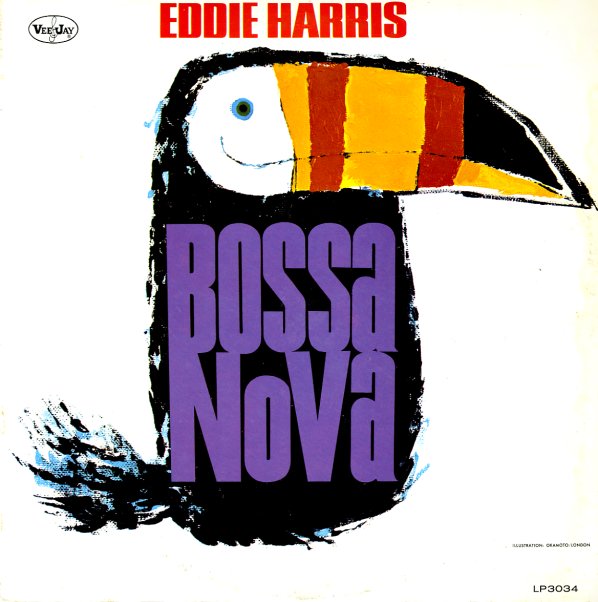 Very nice, very tight little bossa nova set by Eddie Harris from his early days at Vee Jay! The groove is very open, and Eddie's still at the stage where he can really cut the stuff. His solos ring out hard and cold above some great Lalo Schifrin arrangements, and Lalo also plays piano on the session! Titles include "Mima", "Samba Para Dos", "Cev Y Mar", and "Whispering Bossa Nova".  © 1996-2022, Dusty Groove, Inc.
(EU reissue on Alternative Fox, still sealed with hype sticker.)

Live At Newport
Atlantic, 1971. Near Mint-
LP...$4.99
Very cool sounds from the amazing Eddie Harris – a live set, cut at the popular Newport Jazz Festival – but one that's arguably even freakier and more freewheeling than some of Eddie's studio work for Atlantic! Eddie's horn is really plugged in for the set – a Varitone, which is ... LP, Vinyl record album

Bad Luck Is All I Have
Atlantic, 1975. Sealed
LP...$13.99
A nice funky soul album by Eddie – who by this point was really electrifying his sax, playing a bit of piano, and even singing in a range of different styles. The best moments are those that kind of push the envelope technique-wise – operating with a lot of different effects on the ... LP, Vinyl record album

Walter Perkins' MJT+3
Vee Jay, 1959. Very Good+
LP...$7.99
The MJT grooves like nobody's business, thanks to a core rhythm group that includes Harold Mabern on piano, Walter Perkins on drums, and Bob Cranshaw on bass. Add to the mix a young Frank Strozier on alto, fresh from Memphis (he made the trip to Chi-town with buddy Harold Mabern), and the smoking ... LP, Vinyl record album

Eric Dolphy Memorial Album (aka Music Matador) (Fontana)
Vee Jay/Fontana (Holland), Early 60s. Very Good Gatefold
LP...$24.99
Amazing work from Eric Dolphy – a record that's come out on a number of different labels, under a number of different names – but which is one of his most perfectly-realized sessions of the 60s, and one of his most spiritual albums ever! The record features a shifting lineup of players ... LP, Vinyl record album

Eric Dolphy Memorial Album (aka Music Matador)
Vee Jay, Early 60s. Very Good- Gatefold
LP...$6.99 9.99
Amazing work from Eric Dolphy – a record that's come out on a number of different labels, under a number of different names – but which is one of his most perfectly-realized sessions of the 60s, and one of his most spiritual albums ever! The record features a shifting lineup of players ... LP, Vinyl record album