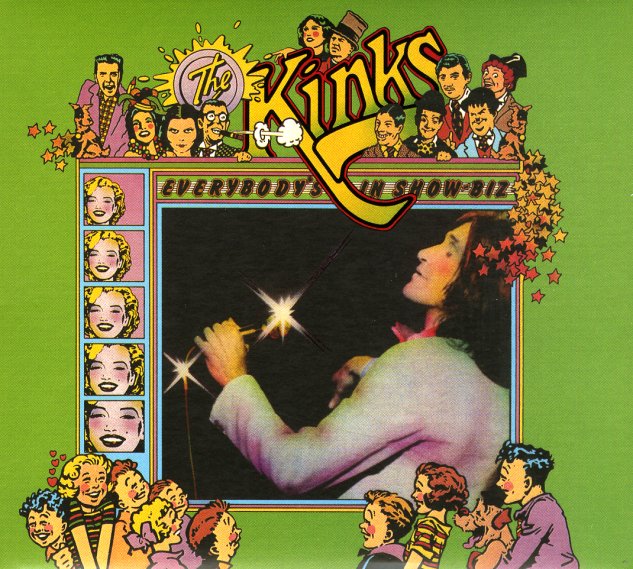 Everybody's In Showbiz (with bonus track)

An overlooked gem from The Kinks – a set that's got all the wit of their late 60s material, a bit of the rootsy currents of Muswell Hillbillies, and a lot more bite than the group would have in some of their next few albums to come! Ray Davies' pen is razor-sharp, as is his vocal approach – and the songs are maybe even more gritty than the group would have done a few years before – furthered by some of the instrumental currents that also bring in a few acoustic elements and some Americanized riffs, which are then also matched by an occasional twang in Ray's vocal presentation. Plus, the double-length set also features one album of studio material, and a second live album – almost as a "bonus" thrown in for good measure. Studio tracks include the hit "Celluloid Heroes", plus "Here Comes Yet Another Day", "Maximum Constipation", "Unreal Reality", "Hot Potatoes", "Motorway", and "Supersonic Rocket Ship" – and live cuts include "Skin & Bone", "Alcohol", "Banana Boat Song", "Lola", "Holiday", and "Mr Wonderful". CD also features a bonus 2022 mix of "Celluloid Heroes".  © 1996-2023, Dusty Groove, Inc.