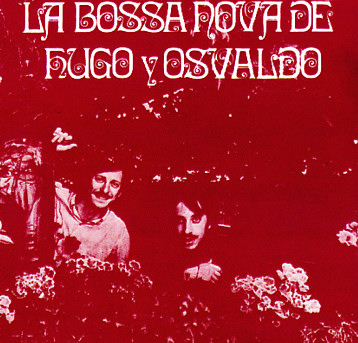 A brilliant bit of offbeat bossa from brothers Hugo and Osvaldo Fattoruso – the Uruguayan pair who later recorded in the US as fusion combo Opa, but who are heard here in a rare 1968 outing for Odeon in their homeland! The style here is far from the usual Brazilian bossa set of the 60s – as the brothers have clearly absorbed some trippier influences, and are using them gently, but effectively in the way they put together the electric guitar and percussion in the set – and in the way they often bring their voices together, in a mode that resonates a bit with the harmony vocal sound of Sunshine Pop years! This work even predates the pre-Opa compilation on Vampi Soul – and the CD packages the original 12 track album with 8 more bonus tracks, some of which are by the Fattoruso's beat group Los Shakers! Titles include "Ojos Oscuros", "Este Muchacho Esta Enamorado De Ti", "Hechizo", "Nunca Nunca", "El Pino Y La Rosa", "Amaneciendo", "Poema De Las Cinco Rosas", "Chicalanga", "Un Humore Y Una Mujer", "Siempre Tu", "Candombe", and "Estoy Esperando".  © 1996-2022, Dusty Groove, Inc.