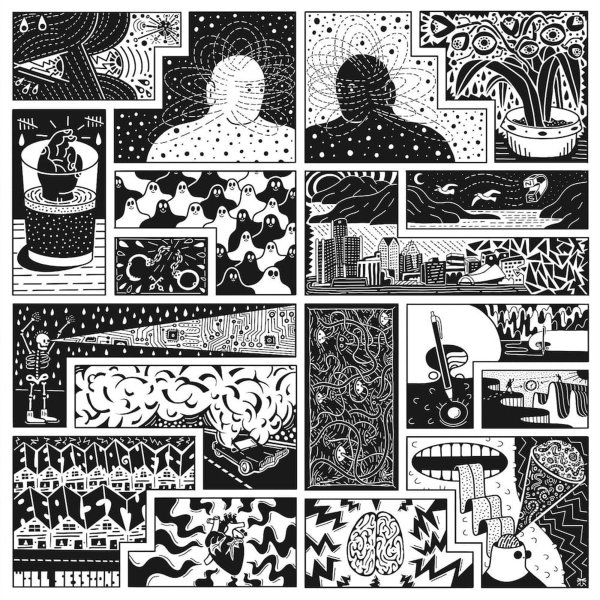 A full funky set of tracks from Will Sessions – a record that more than lives up to the group's previous legacy, but also seems to take them into this cool cosmic territory – maybe even the "electromagnetic reality" promised in the title! There was always raw funk energy at the Will Sessions core, but this time around it's almost as if it's wrapped up in some sweet spacey sounds that echo the 70s revolution of artists like Lonnie Liston Smith or Larry Mizell – which, as you can imagine, only makes the elements at the core even sound better! The whole thing's great – and titles include "Coffee Cup", "Lil Picasso", "Seagulls", "Out Done", "Yeah Yeah", "Phase Shift", and "Planet Jumper".  © 1996-2023, Dusty Groove, Inc.

Key Lime
Color Red, 2023. New Copy
LP...$26.99 29.99
Drummer Tim Carman is best known for his work in the bluesy trio GA-20, but here he's in much more of a jazz-based mode overall – leading a trio that features some stunning organ work from Ken Clark, a player we don't know at all, but who clearly knows how to channel the best soul jazz styles ... LP, Vinyl record album

Jazz Is Dead 15 – Garrett Saracho
Jazz Is Dead, 2022. New Copy
LP...$25.99 27.99 (CD...$13.99)
One of the most ambitious recordings in the excellent Jazz Is Dead series – and one that marks a long-overdue return for Garrett Sarracho – an artist who gave the world the excellent En Medio album for Impulse Records in the early 70s – but who has mostly kept his talents ... LP, Vinyl record album