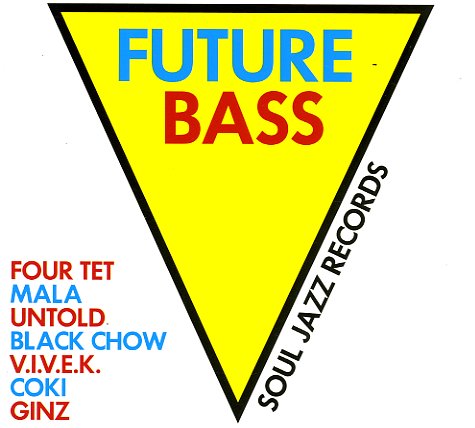 A cosmic compilation from our friends at Soul Jazz – featuring avant club funk, post dubstep and tripped out future house from Mala, Fourtet, VIVEK, Subversion and many more! Future Bass includes all new or unreleased exclusive tracks from these forward looking UK innovators, unpredictable numbers that push stylistic boundaries at no expense to the floor shaking bass and hypnotic grooves. Titles include "Don't Let Me Go" by Mala, "Nothing To See" by Fourtet, "Ransom" by Coki", "Free To Funk" by Sub Version, "Grape Donut" by Distal, "Boss" by Ginz, "Mastermind" by LD, "Talking Shadows" by Vivek and more.  © 1996-2022, Dusty Groove, Inc.
(Includes the printed inner sleeves.)

Hi Note
Schema (Italy), 2003. Very Good+ 2LP
LP...$16.99
Hi Note, indeed! Gerardo Frisina's latest is awe-inspiring – a completely seamless blend of Italian and Latin jazz, bossa rhythms and percussion, and some of the most tasteful and naturally blended electronic elements you could ever expect to hear on an album so steeped in a genuine affinity ... LP, Vinyl record album