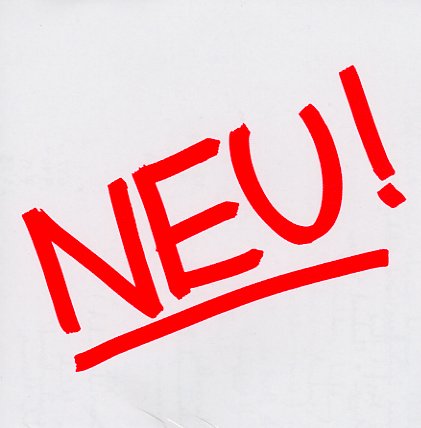 The groundbreaking first album from Neu – maybe not the earliest record in the Krautrock generation – but a set that certainly set a new sort of standard after it was released! The group mix together slow-building rhythms and plenty of fuzz – all recorded by the great Conny Plank, who has a way of blending the songs and all their many elements – instrumentation put together by ex-Kraftwerk members Klaus Dinger and Michael Rother – who mostly use guitars, bass, and drums – but end up turning them into something completely different with the help of Plank! Some of the tracks are quite long, and really take a great path to find their way forward – very different than Can or Cluster, at least from an outside perspective – but equally classic. Titles include "Hallogallo", "Sonderangerbot", "Im Gluck", "Negativland", "Weissensee", and "Lieber Honig".  © 1996-2022, Dusty Groove, Inc.