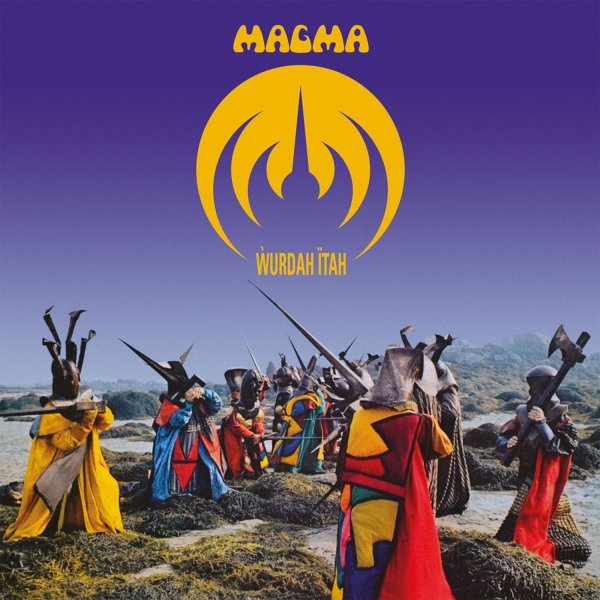 Maybe one of the strangest albums ever recorded by Magma – a set that's right in the middle of their classic prog run in the 70s, but which has a slightly different vibe! Drummer/keyboardist Christian Vander is maybe even more essential here than ever – but instead of long jams, the tracks are shorter, and often feature vocals from singers Stella Vander and Klaus Blasquiz – mixed with layered drums, piano, Rhodes, and percussion from Christian, plus some added bass work too – almost haunting and chant-like at times, although still pretty rocking overall! The work was originally created for a soundtrack – hence the shorter songs – but it more than stands up on its own – with titles that include "Fur Di Hel Kobaia", "Wainsaht", "Ek Sun Da Zess", "Sehnnteht Dros Wurdah Sums", "Maneh Fur Da Zess", and "Malawelekaahm".  © 1996-2022, Dusty Groove, Inc.
(Individually numbered limited edition pressing – on heavyweight pruple vinyl!)