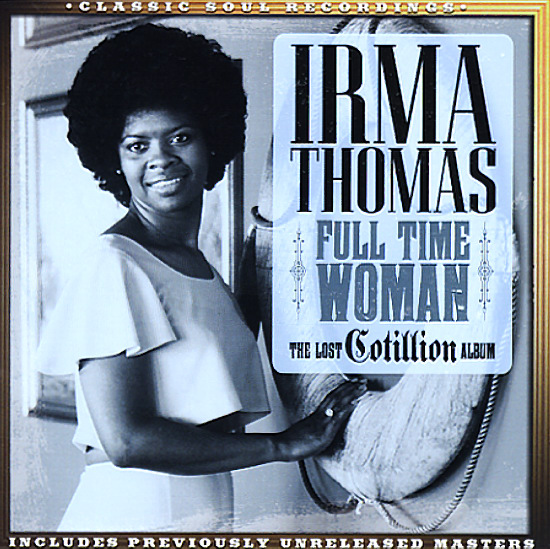 A full album's worth of material from the legendary Irma Thomas – most of it never heard before! Irma got her start as one of the most important female soul singers from New Orleans in the 60s – but the music here was all recorded for Atlantic Records at the start of the 70s – at a time when Irma was really ready to explore new ideas and stretch out creatively! All the depth of her older vocals is very much in place – and the collection features this really surprising range of settings for Thomas to groove on – dates recorded in Detroit, Philly, Miami, and at the Malaco studios in Jackson – each of which showcase another side of the singer, and almost act like a roadmap for the directions of soul music at the start of the 70s. Two tracks here were issued on a single – "Full Time Woman" and "She's Taken My Part" – but it's all the other unreleased tracks we really love, especially some of the more urban-styled material that makes a nice change from more southern soul modes we usually hear from Irma. Titles include "Try To Be Thankful", "Shadow Of The Sun", "Waiting For Someone", "Our Love Don't Come That Easy", "Time After Time", "Tell Me Again", "Could It Be Differently", "A Song For No Name", and "Adam & Eve".  © 1996-2022, Dusty Groove, Inc.