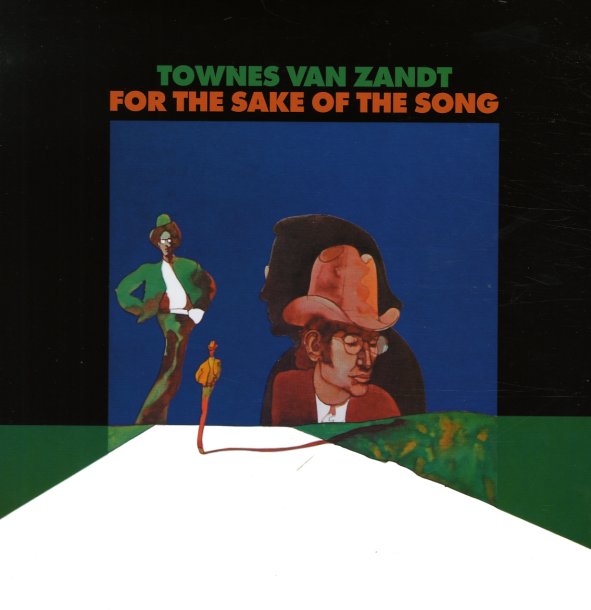 For The Sake Of The Song/Our Mother The Mountain

The great debut of Townes Van Zandt! On the level of pure songwriting, it's masterful – Townes was pretty much in peak form on that front even on the debut! The record is at it's best when it's at it's most intimate – simply letting his voice and acoustic guitar carry everything. There's some fairly adventurous production by Jack Clement & Jim Malloy, though – a bit out of character for Townes at his slightly later, more stripped down and iconic – but that's actually something we appreciate a lot more than we used to. Like the big budget studio recordings of Van Zandt's songs as covered by others, it goes to show just how sturdy and adaptable his songs are in different settings. Classic! Includes "For The Sake Of The Song", "Tecumseh Valley", "Many A Fine Lady", "Quick Silver Dadreams Of Maria", "I'll Be There In The Morning", "Sad Cinderella", "All Your Young Servants", "Sixteen Summers, Fifteen Falls" and more. This set also includes Townes' second, and perhaps best record. There are some great songs on here like "Kathleen", "Our Mother the Mountain", "St. John the Gambler".  © 1996-2022, Dusty Groove, Inc.
(Out of print and still sealed. Nice Charly 2CD hardbook version.)

Rear View Mirror
Sugar Hill, 1993. Used
CD...$6.99
Townes revisiting his own time-honored tunes from the late 60s onward, often backed by just a second guitar or fiddle, spare settings that maximize the stark power of his songwriting and voice! The voice is really the key here, distinctive in both the songwriting – with some of the most ... CD