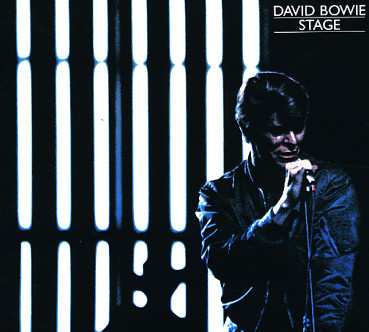 A tremendous live set cut during the height of David Bowie's years in Berlin – and the kind of performance that showed that his more experimental work from this time could be every bit as appealing as the classics! The first half of the set features some amazing numbers from the Heroes and Low years – presented here with some darker orchestrations that sound really wonderful, and which slightly recast the styles of the tunes on the albums. The second half mixes in some older classics with a few surprising bits – making for the kind of "star appeal" that must have been welcome to more mainstream Bowie fans during these more obscure years. 20 tracks in all – including "Beauty & The Beast", "Breaking Glass", "Speed Of Life", "What In The World", "Heroes", "Warszawa", "Be My Wife", "Soul Love", "Star", "Art Decade", "Alabama Song", "TVC 15", and "Ziggy Stardust".  © 1996-2022, Dusty Groove, Inc.
(Out of print, early 90's Japanese pressing – still sealed with obi! Shrink has a small price sticker remnant.)