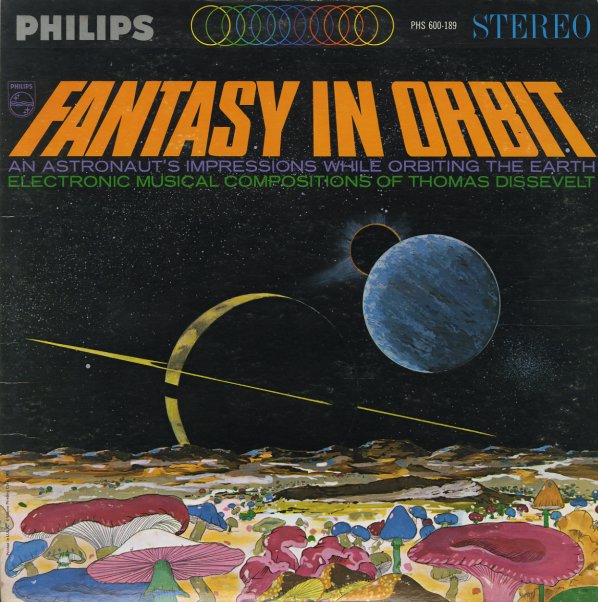 A wonderful album of early analogue electronics – originally issued with a title that billed it as "an astronaut's reflections while visiting the earth"! The sound here is way more outside than that, though – almost more as if the astronaut was an alien – with weird, spooky sounds that are mindblowing, and years ahead of their time – a great example of the kind of forward-thinking music Dissevelt was making back in the 60s. Some tracks have stark bleeps and pings, others are more low-end and atmospheric, and together the whole thing feels much more like some serious electronic experiment than any sort of kiddie space age set! Titles include "Woomerangs", "Ignition", "Spearhead", "Zanzi", "Anchor Chains", "Re-Entry", "Mexican Mirror", and "Pacific Dawn".  © 1996-2021, Dusty Groove, Inc.
(2LP pressing – with both mono and stereo mixes!)