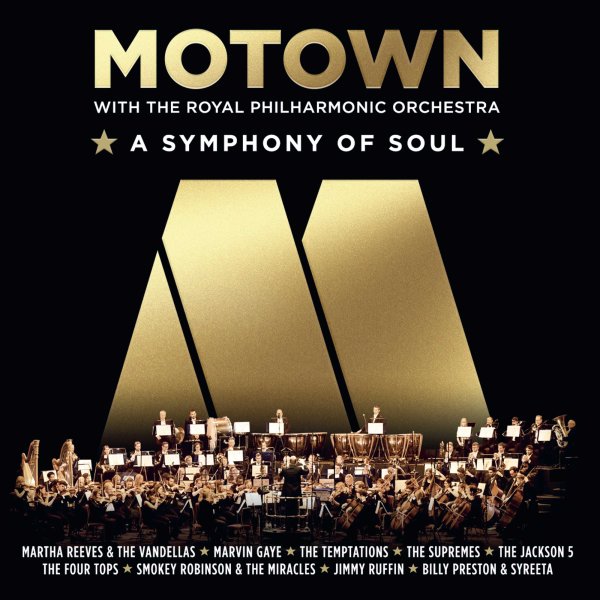 A fresh twist on a classic – as vintage Motown recordings are presented here with added orchestrations – all done at a level that lifts the soul singles up with even more majesty than before! A few of these cuts also feature added new vocals from British soul singers, but overall the approach takes the original Motown singers in the lead, then works with the Royal Philharmonic to bring in these larger arrangements that are different than the sound of Detroit back in the day – but which certainly get the spirit of the music right! New vocals include "What Becomes Of The Brokenhearted" by Jimmy Ruffin with Mica Paris, and "Abraham Martin & John" by Marvin Gaye with Beverley Knight – and other tunes include "Just My Imagination", and "My Girl" by The Temptations, "I'll Be There" by The Jackson 5, "Dancing In The Street" by Martha Reeves & The Vandellas, "Reach Out I'll Be There" by Four Tops, "Heard It Through The Grapevine" by Marvin Gaye, and "I Hear A Symphony" by The Supremes.  © 1996-2022, Dusty Groove, Inc.

You're The Man
Motown, 1972. New Copy 2LP Gatefold
LP...$22.99 26.99 (CD...$16.99)
A mindblowing collection of work from Marvin Gaye – tracks recorded in the space right after What's Going On – many of which were never issued at the time! All this incredible material from 1972 has been brought together to create a stunning double-length album – one that ... LP, Vinyl record album