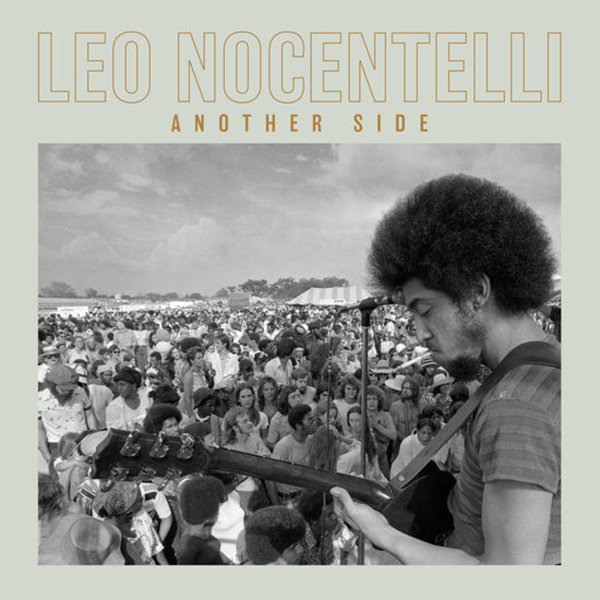 Also available
Leo Nocentelli — Another Side ... LP 25.99
Leo Nocentelli — Another Side (purple, yellow & green vinyl pressing) ... LP 27.99
Never-issued solo work from the legendary Leo Nocentelli – best known as the killer guitarist in The Meters, but a completely different artist here on his own – and one who might well have taken the 70s world of soul music by storm, had this record been released! The record has a vibe that's really unique – mostly acoustic guitar, handled in territory that's a bit like Bill Withers – but with all this cool, echoey production on Leo's vocals – which puts the whole thing in trippier soul territory, ala 70s work by Allen Toussaint or Shuggie Otis! Toussaint is actually on the record, adding in a bit of keyboards – and the rest of the instrumentation is very lean, with work from fellow Nola musicians George Porter on bass, and James Black and Zibagoo Modeliste on drums. Yet throughout, the whole focus is on Nocentelli – really coming across with this fantastic vibe as a singer, as he works through original tunes that bring together acoustic soul with a swampy Louisiana vibe – all at a level that's unlike anything else we've ever heard. Titles include "You've Become A Habit", "Thinking Of The Day", "Riverfront", "I Want To Cry", "Pretty Mittie", "Give Me Back My Loving", "Till I Get There", and "Tell Me Why".  © 1996-2023, Dusty Groove, Inc.

One For The Soul (with bonus tracks)
Ze/Light In The Attic, 1985. New Copy
CD...$3.99 15.98 (LP...$6.99)
The amazing Lizzy Mercier Descloux adds one more global feather to her cap with this sweet little album – a set recorded in Rio, with help from a host of Brazilian musicians – and some special guest work from legendary trumpeter Chet Baker too! The record warms up the sound a bit from ... CD