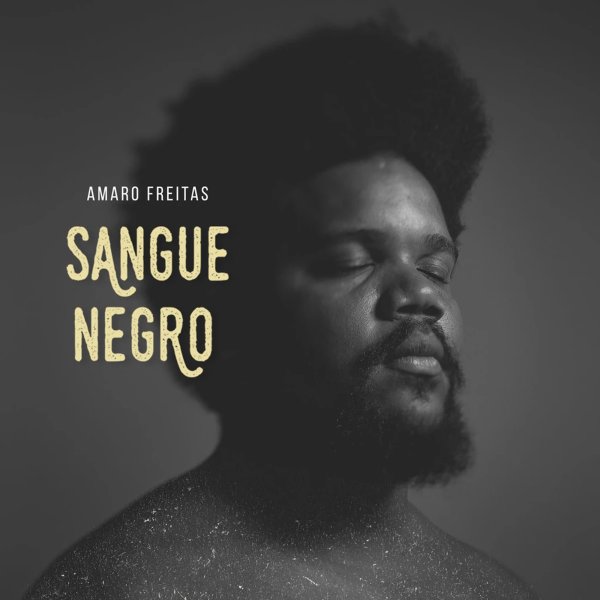 The first album from Brazilian pianist Amaro Freitas – an artist who's gotten greater exposure in the world through albums on the Far Out label, but who already sounds pretty darn wonderful here at the start! As with those records, Freitas has a very rhythmic approach a way of working with the bass and drums in a leaping, blocky sort of energy – in a core group that has very strong contributions from Hugo Medeiros on drums and Jean Elton on bass. The set also features some work on trumpet from Fabinho Costa and tenor from Eliudo Souza – but most of the numbers here are trio tracks, and the bass of Elton is sublime all the way through. Titles include "Samba De Cesar", "Estudo O", "Norte", "Subindo O Morro", "Encruzilhada", and "Sangue Negro".  © 1996-2021, Dusty Groove, Inc.

Rasif
Far Out (UK), 2018. New Copy
CD...$12.99 16.99
A whole new flavor of Brazilian jazz – served up by pianist Amaro Freitas, whose work on the Pernambuco scene is a great cross-crossing of modes! Freitas has all the fluid, modern elements of some of the better-known Brazilian pianists from Rio and Sao Paulo – but he also mixes in some ... CD