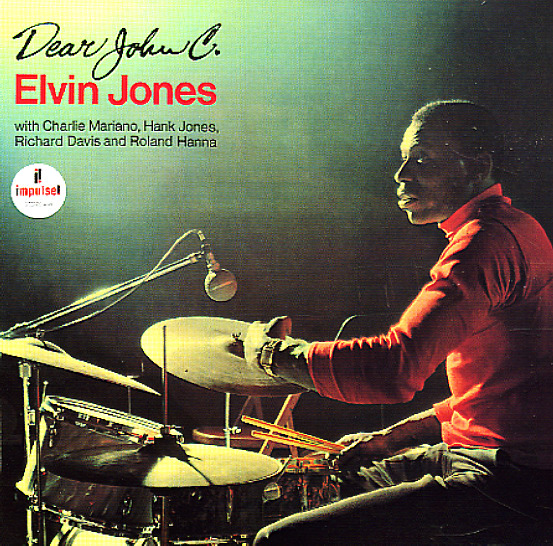 Also available
Elvin Jones — Dear John C (with bonus track) ... CD 12.99
One of the more unusual albums on Impulse – and a beautiful session that's filled with surprises you wouldn't expect! Elvin Jones leads a group of well-chosen bandmates in a hip set of tracks that's sort of a "letter" to Coltrane – with groupings that include either Roland Hanna or Hank Jones on piano, plus Richard Davis bass, and Charlie Mariano on alto sax! Mariano is the real highlight of the album, and his sparkling alto playing on the disc is some of his finest work from the 60s – really standing out in one of his few American sessions from the middle part of the decade – soulful, but searching too – very well presented in an album of Coltrane-ness. Titles include "Love Bird", "Fantazm", "Ballade", "Dear John C", and "Smoke Rings".  © 1996-2022, Dusty Groove, Inc.

Living Space
Impulse (Japan), 1965. New Copy
CD...$14.99
Brilliant work from the great John Coltrane – a set of material that was recorded in the 60s, but not issued until the late 70s – and only then, not properly in print until the release of this great package! The material is classic Coltrane Quartet – with McCoy Tyner on piano, ... CD