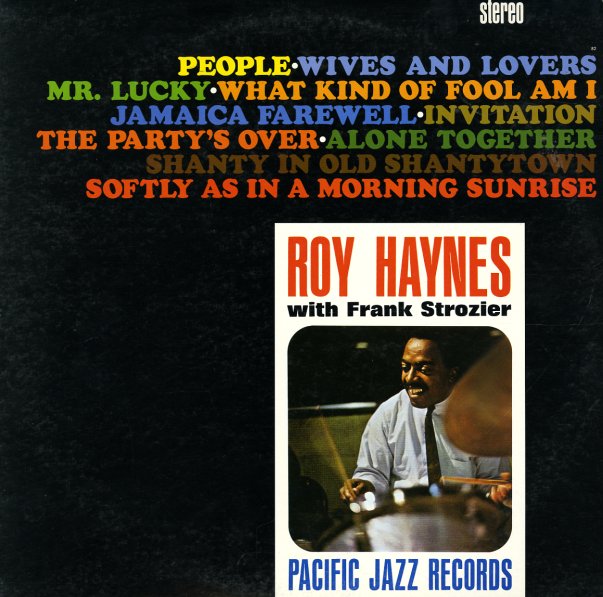 One of our favorite records ever by Roy Haynes – a lyrical masterpiece that stands with his best work of the 60s! The set features some wonderful playing by Frank Strozier – who's handling both alto and flute on the set, grooving around like he did on his own great Riverside albums of the period, or on Haynes' excellent Cymbalism set, to which this one is a nice partner. The songs on here are a bit less hip than on that album – as many of them are 60s standards, like "People", "Mr Lucky", "Wives & Lovers", "Invitation", and "What Kind Of Fool Am I" – but they're done with a lot imagination, and a soulful modal groove that really opens them up!  © 1996-2022, Dusty Groove, Inc.