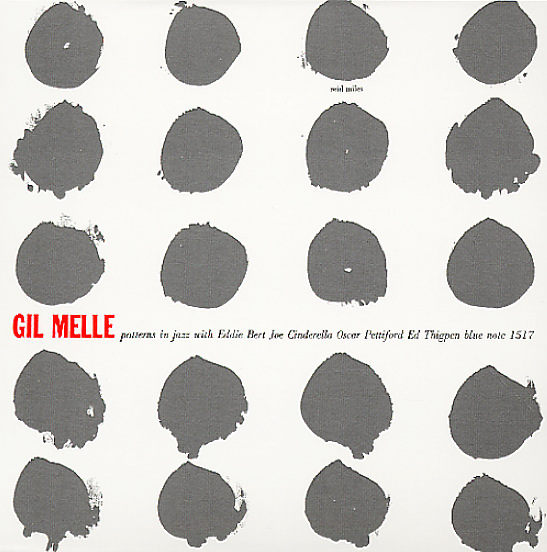 Incredible stuff – the only full length LP recorded by Gil Melle for Blue Note – after a series of groundbreaking 10" sessions during the early 50s! The album's got a sound that's almost impossible to describe – bringing Melle's modern baritone sax work into play with a lightly rhythmic group that includes Eddie Bert on trombone, Joe Cinderella on guitar, Oscar Pettiford on bass, and Ed Thigpen on drums. The use of baritone and trombone next to guitar is especially striking – and even more so when matched by the inventively sprightly rhythms of Pettiford and Thigpen – making for a sound that's sublime and moving, with an otherworldly approach that's beyond description! Tracks include "Nice Question", "Set Break", "Weird Valley", and "Long Ago & Far Away".  © 1996-2022, Dusty Groove, Inc.