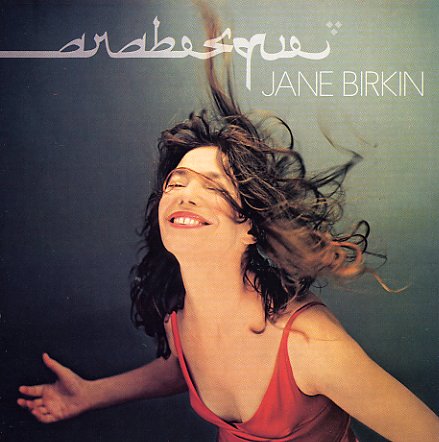 One of the greatest albums we've heard from Jane Birkin in years – a haunting set that revisits older classics, with a whole new sound! Jane's working here with titles written by longtime partner Serge Gainsbourg – classics like "Valse De Melody", "Elisa", "Couleur Cafe", "La Javanaise", and "Les Dessous Chics". But instead of just re-recording them, she's re-pitched all the titles to have a very strong Middle Eastern feel – working with Arabic musicians to take the original tracks by Serge, and flesh them out with an even more haunting and otherworldly feel. Really great stuff – and proof that Jane's still growing tremendously as an artist!  © 1996-2021, Dusty Groove, Inc.

5:55
Because/Vice, 2006. Used
CD...$1.99
Beautiful work from Charlotte Gainsbourg – the kind of record that would have made her old man proud! The album's got a sense of depth and texture that ranks right up there with the senior Gainsbourg's classics – a breathy approach to the music that's filled with subtle sensuality and ... CD

Ukuyeye
Rambling (Japan), 2006. Used
CD...$14.99
A great return to the glory days of 60s French pop – that jagged, jaunty time when so many Parisian singers had a really "yeh yeh" sort of groove! The production and arrangements here are contemporary, but most of the tunes are older numbers from both the US and France – ... CD