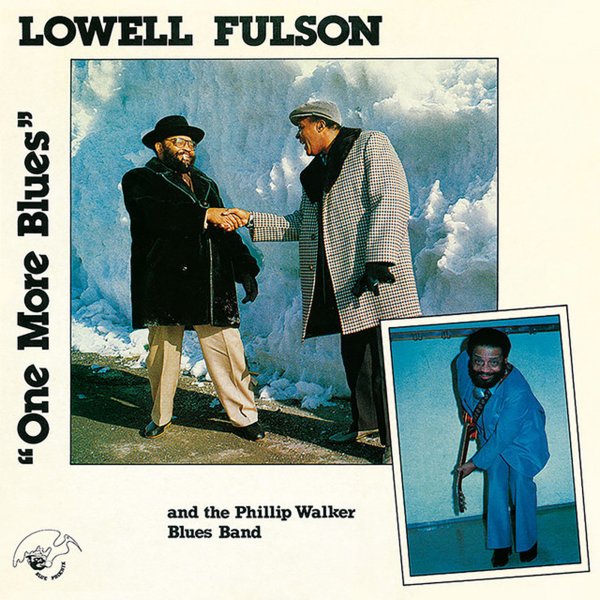 One More Blues (with bonus track)

Really great back-to-basics work from the legendary Lowell Fulson – a set that's got all the best lean modes of his work from the 60s, and some occasional funky currents too! The co-star of the set is guitarist Phillip Walker, whose band Fulson is joining – and the unique recording quality has Lowell's guitar in one channel, and Walker's guitar in the other – and vocals that go right down the middle. The rest of the group is great too – with a bit of tenor from Mike Vannice, and some piano and organ from Art Hillery – and although the set was recorded in France, it's got a very southside vibe throughout. Titles include "One Room Country Shack", "Guitar Shuffle", "Hot Mama", "I Can't Stand It", "Ten More Shows To Play", "One More Blues", and "Your Love For Me Is Gone". Features the bonus track "Jump Children".  © 1996-2021, Dusty Groove, Inc.