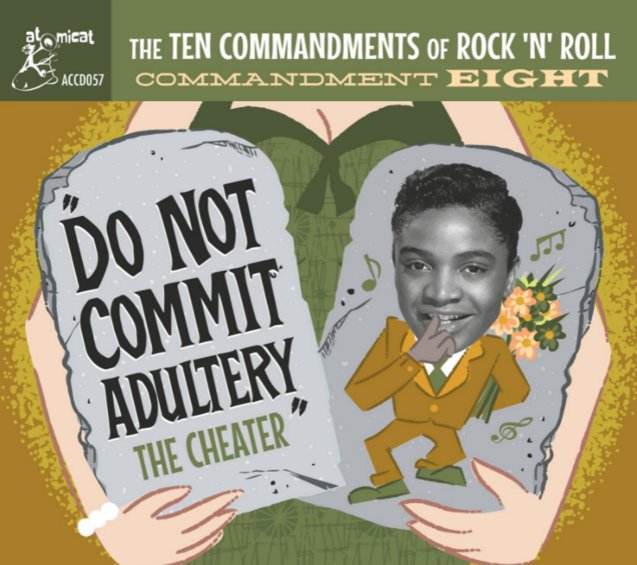 A sweet little look at cheating in the world of early rock and soul music – served up here in a selection of 30 tracks that go way way past the tear-jerking tunes of the charts, and which also show that infidelity can be a pretty rocking subject as well! As with other volumes in this great series, the theme is even less important than the track selection – as there's a huge amount of material here we'd not heard before, even though we think we know this generation of music pretty darn well. Titles include "Cute Little Girls" by Jackie Wilson, "Screamin & Dyin" by Charles Glass, "Bitter Feelings" by Larry Phillipson, "I Still Love You All" by Vince Riccio, "Baby You've Had It" by Joyce Paul, "The Cheater" by Bobby De Soto, "Hey Sally Mae" by The Fabulous Silver Tones, "Why Did You Leave Me" by Lou Josie & The Spinners, "Oh Baby Please" by Little Mummy, "Who Slammed The Door" by Little Caesar, "That's Tough" by Joe Boot, and "Got A Right To Cry" by Glen Owens.  © 1996-2021, Dusty Groove, Inc.