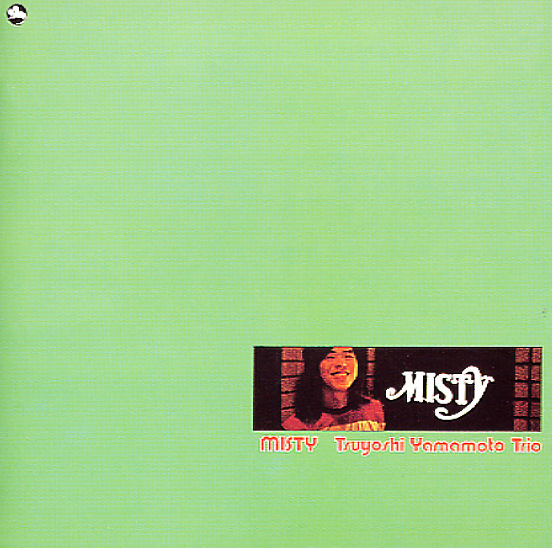 Not "Misty" in an Errol Garner sense – although Tsuyoshi Yamamoto serves up his own version of the tune here – and instead a hip set from the Three Blind Mice scene of the 70s, with a very open, freewheeling approach to piano trio work! Yamamoto's a bit straighter than some of his contemporaries on the label, but still finds a way to really open things up with a fresh approach – a style that's strongly helped by the round, warm bass tones of Isoo Fukui – who's a great counterpoint to the jaggedly brilliant solo work from Yamamoto himself. Tetsujiro Obara plays drums, and the album's a masterpiece of space and understatement – with titles that include "Yesterdays", "Misty", "Blues", and "Smoke Gets In Your Eyes".  © 1996-2021, Dusty Groove, Inc.
(Out of print blu-spec CD – with obi!)

Night & Day (Japanese paper sleeve edition)
Three Blind Mice/Think (Japan), 1975. Used
CD...$14.99
A real swinger of a record – one that features vocals and conga work by Koji Moriyama, with backing by the piano trio of Tsuyoshi Yamamoto! Given that Yamamoto's style is usually a bit more spare and laidback, it's nice to hear him grooving in a setting like this – as Moriyama's a ... CD