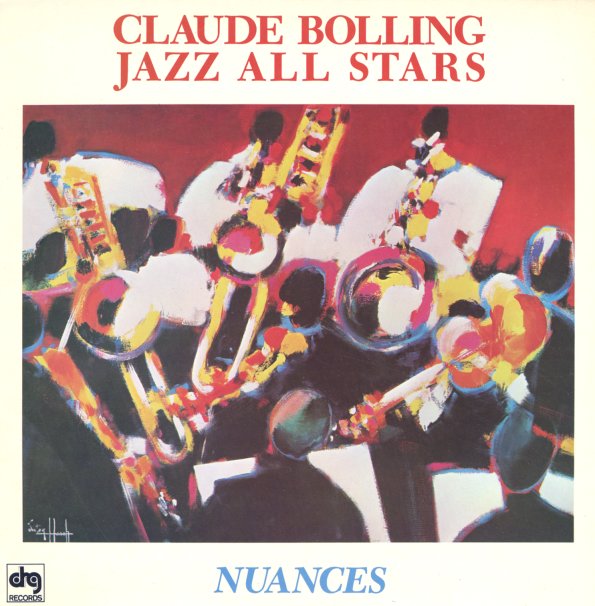 An early batch of tracks from French arranger Claude Bolling – probably best known for his later "jazz meets classical" work, but heard here in a great straight set from the 50s! The album features Bolling at the head of a largeish group that features Parisian players Roger Guerin, Pierre Gossez, Martial Solal, and Pierre Michelot – all working with Bolling in a set of tightly-arranged tracks that have a similarity to the west coast mode of the time. The main difference, though, is Claude's earthier touch on piano – one that, even amidst the clean-edged arrangements, stretches back to earlier eras of expression – and brings forward a few decades of tradition in his touch on the keys! Tracks include "French Beat", "Nuances", "Gee Lee", and "The Jockey".  © 1996-2021, Dusty Groove, Inc.
(80s issue.)