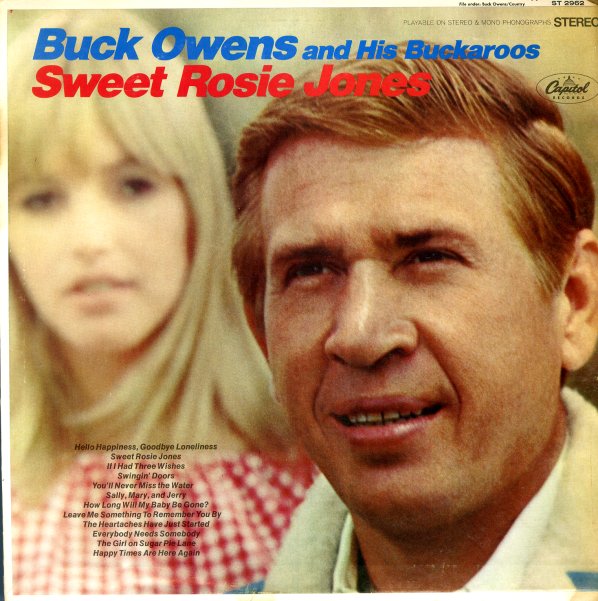 Buck Owens and his Buckaroos at the top of their game – one of the sharpest country music acts at the end of the 60s, and still as brilliant here as they were when they first burst on the scene! In fact, the quality of Buck's work is often so strong, it's easy to miss – maybe in part because he was a rising star on the TV screen – although here, he and the group are still impeccable in terms of presentation – and also songwriting too, as almost every cut on the record is an original from Buck – save two from Bakersfield contemporaries Merle Haggard and Tommy Collins! Titles include "Hello Happiness Goodbye Loneliness", "If I Had Three Wishes", "Sally Mary & Jerry", "How Long Will My Baby Be Gone", "Leave Me Something To Remember You Buy", "Swinging Doors", "Girl On Super Pie Lane", and "The Heartaches Have Just Started".  © 1996-2021, Dusty Groove, Inc.

Red Headed Stranger (remastered edition)
Columbia/Legacy, 1975. New Copy
CD...$4.99 6.99
Willie's finest hour! The Nashville establishment was as horrid in the 70s as it is today, with glitzy, soulless, committee-thought pop garbage ruling the scene – so Willie, who had ironically been a hit songwriter for a decade packed it up for Austin and churned out the spare, haunting and ... CD