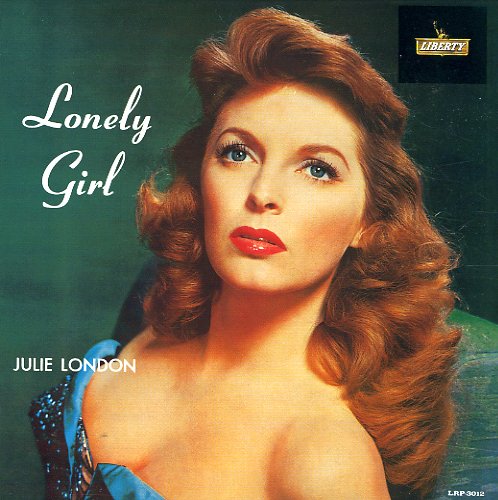 Looking like she does on the cover, it's hard to imagine Julie London being a lonely girl – as she's very seductively posed, with that slinky bare shoulders look that no doubt helped many of her early Liberty sides sell so well! But apart from the cheesecake, the record's one of Julie's perfect late 50s sides for Liberty – spare, moody, and very smoky – all set to mellow accompaniment, and backed by some nice guitar work by Al Viola. Tracks are short and sad, and titles include "Fools Rush In", "What'll I Do", "Lonely Girl", "When Your Lover Has Gone", and "Mean To Me".  © 1996-2022, Dusty Groove, Inc.