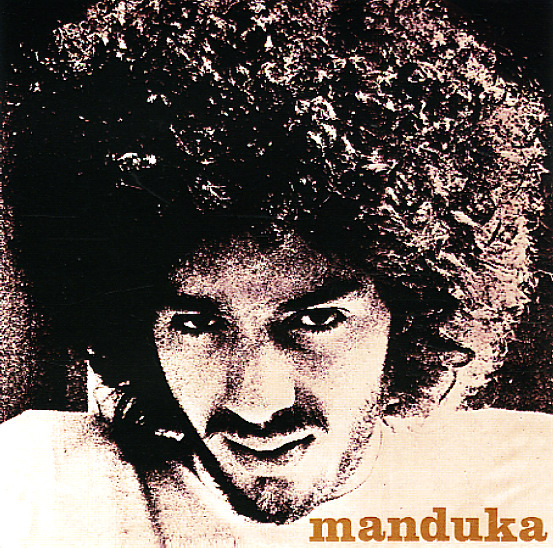 Soulful sounds from 70s Chile – and a record that easily rivals some of the best acoustic work from the post-Tropicalia generation in Brazil! Manduka's got a heady sound that's very much in keeping with his image on the cover – a freer sort of approach to the music than the decade before – with these long-flowing tracks that intertwine folksy elements and regional touches, but always with some slight undercurrent of jazz – almost at a level that rivals the acid folk of the UK scene of the same time, but with a definite deeper South American vibe. The vocals are sublime – extremely haunting, even beyong the boundary of language – and often recorded with some echo around them and the guitar, in a manner that recalls some of the best Geraldo Vandre material. Instrumentation includes some light backing on flute, bongos, acoustic guitar, and harmonica – often used in a gentle, watery sort of way. Completely sublime – one of those lost global gems you'll treasure for years – with titles that include "Entra Y Sale", "Naranjita", "Oiticumana", "De Un Extranjero", "Brasil 1500", and "Patria Amada Idolarada Salve Salve".  © 1996-2021, Dusty Groove, Inc.