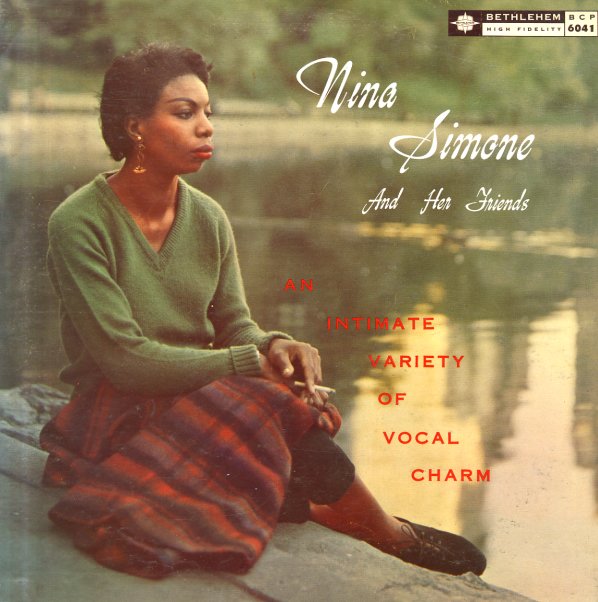 Also available
Nina Simone/Chris Connor/Carmen McRae — Nina Simone & Her Friends – An Intimate Variety Of Vocal Charm ... LP 24.99
A classic collection of work from Bethlehem Records – a package that brings together some of their strongest jazz singers of the time, under a cover image that's similar to the first album by Nina Simone! The difference here is that the record features a killer non-LP track by Nina – the stunning "African Mailman" – a righteous groover that points the way towards some of her work to come in the 60s – alongside versions of "He's Got The Whole World In His Hands", "I Loves You Porgy", and "For All We Know". The set also features the great Chris Connor singing "Cottage For Sale", "What Is There To Say", "Try a Little Tenderness", and "Good Bye" – plus Carmen McRae delivering nice takes on "Old Devil Moon", "You Made Me Care", "Last Time For Love", and "Too Much In Love To Care".  © 1996-2023, Dusty Groove, Inc.

Maiden Voyage
Black Jazz/Real Gone, 1973. New Copy (reissue)
LP...$16.99 23.99
The most righteous album ever from Kellee Patterson – her first record, and a set that's way different from her more soul-based sides of later years! The album's got Patterson working in a wonderfully soulful approach to jazz – a style that's not unlike the earliest work by Dee Dee ... LP, Vinyl record album