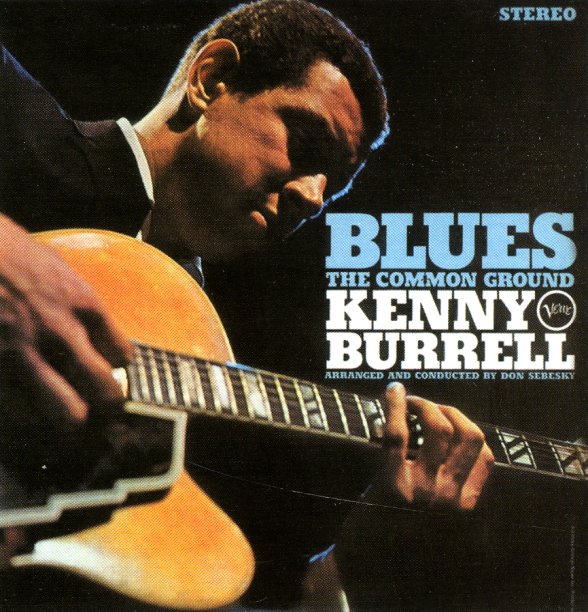 Not "blues" like you might expect from the title – but a hip batch of tracks that has guitarist Kenny Burrell soloing over these great large arrangements by Don Sebesky – playing in a warmly chromatic mode that's similar to the work that Wes Montgomery also cut with Sebesky, but with that special sense of rasp and color that's Kenny's own! The tracks all have a nicely angular quality – Burrell taking care of the frontline solos with ease, and Sebesky letting the band fall behind him in broad washes of color, tone, and mood – blue-tinged, but hardly blues at all, save for a few chromatic hues that appear from time to time. Titles include "Sausalito Nights", "Were You There", "Burning Spear", "Angel Eyes", "The Preacher", and "The Common Ground".  © 1996-2021, Dusty Groove, Inc.
(SHM-CD pressing – part of the Kenny Burrell 90th Anniversary Collection!)