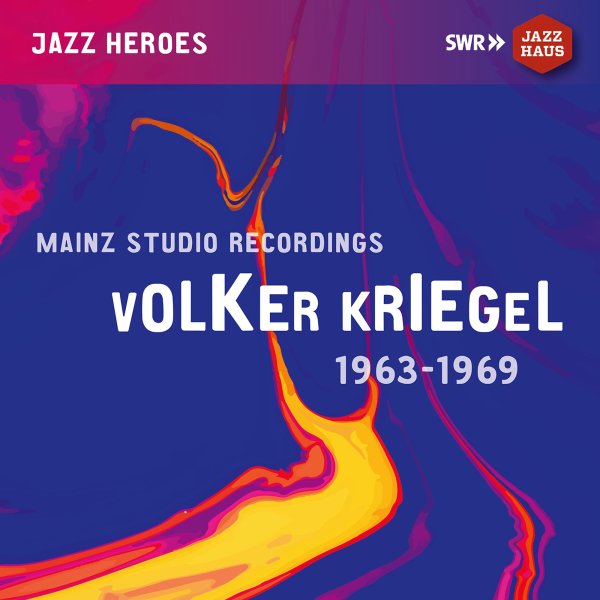 Incredible early work from German guitarist Volker Kriegel – rare recordings that easily stand strong alongside his classic work for the MPS label – including his trippy sides with the Dave Pike set! A number of tracks here preface his work with Pike – and feature vibes from German players Fritz Hartschuh and Claudio Szenkar – showing that Volker's guitar had already found a great place alongside the chromes and tones of the electric instrument – a perfect match for the young guitarist's freewheeling style and strong sense of rhythm! Some of the best cuts here hint at the trippier styles Volker would later hit at MPS – and a good number of them also show his strong ear for songwriting too – that love of a playful groove that really makes Kriegel very different than any other jazz guitarist we can think of. Titles include "Na Na Imboro", "Morandi", "Nyleve", "Tea & Rum", "Vian De", "Traffic Jam", "Little Pear", "Five By Four", "Soul Eggs", "Somewhat Somewhere Somehow", "Slums On Wheels", "Sitting On My Knees", and "Pluns".  © 1996-2021, Dusty Groove, Inc.

Jazzoo Vols 1 & 2
Out Note (Sweden), 2018. New Copy
CD...$7.99 18.99
Maybe the coolest project we've ever heard from Oddjob – that groovy Swedish jazz ensemble that features lots of offbeat work on trumpet from Goran Kajfes! The approach here is maybe hinted at by the title – as the group serve up instrumental tracks that each take the sound and shape ... CD