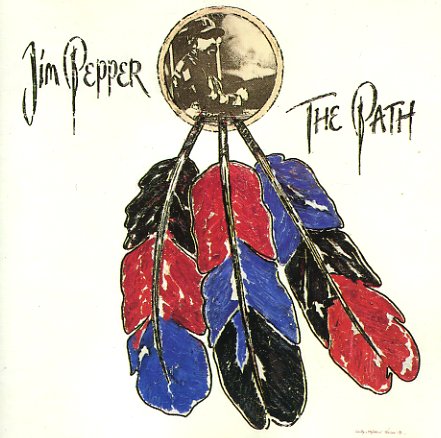 Maybe one of the most ambitious albums ever from reedman Jim Pepper – a set that not only shows his strong talents on a variety of saxes, but also delivers this spiritual conception that we're not sure we've heard on some of his other records! Pepper's blowing tenor and soprano here, in the company of a wonderful lineup that includes Stanton Davis on trumpet, Kirk Lightsey on piano, Santi Debriano on bass, John Betsch on drums, and Arlo Tuncboyaci on percussion – a group who soar with this hopeful energy that's beautiful – illuminating tunes by Pepper, Betsch, and Lightsey with all these positive colors and currents. The set features a beautiful remake of Jim's "Witchi Tai To" – plus "Banmasso", "Lullaby", "Reflections", "Habi Ba", and "Marchant Le Chemin". CD features the bonus tracks "Our Quiet Place" and "Hello Young Lovers".  © 1996-2021, Dusty Groove, Inc.
(Part of the Enja 50th Anniversary Campaign!)