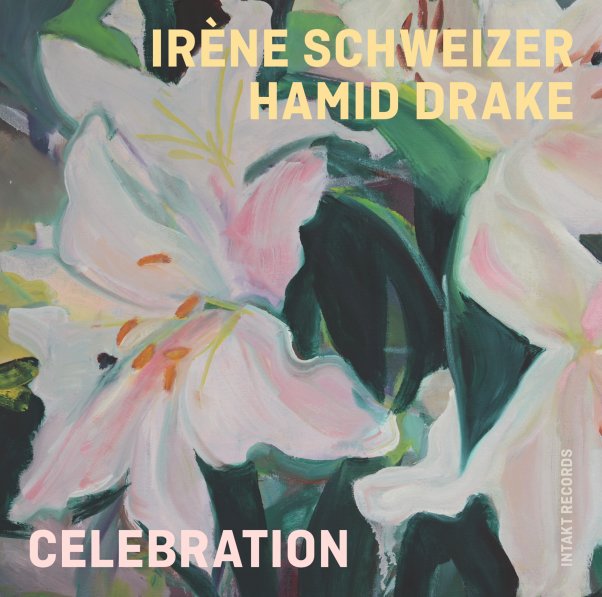 Pianist Irene Schweizer always has a fantastic amount of energy in her music – a quality that's all her own, informed by the freedoms of the European improvisers of the 70s, but also brought into a focus that always makes her music make a heck of a lot of sense, even to the uninitiated! That's a quality we can also ascribe to the percussion work of Hamid Drake – who is a perfect partner here for Irene in a set of live duets that come off beautifully – each with a different sort of spirit in the way the instruments come together, as an ongoing testament to the spontaneous creative powers of both artists. We always love Schweizer's music, but this set is one that we enjoy even more than most – with titles that include "Twister", "Stringfever", "Blues For Creller", "Celebration", "A Former Dialogue", and "Song For Johnny" – dedicated to Johnny Dyani.  © 1996-2021, Dusty Groove, Inc.