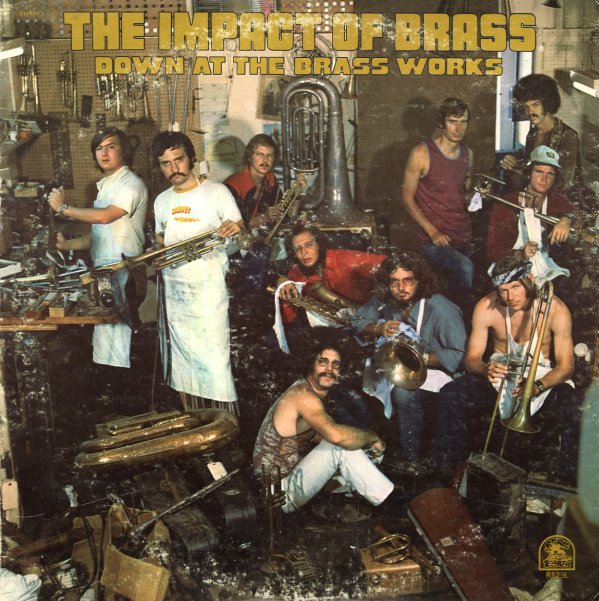 Down At The Brass Works (Japanese paper sleeve edition)

A really groovy record on Motown's Rare Earth imprint – a set that definitely lives up to the "hippies with horns" image on the cover! The set mixes currents of Motown with lots of jazz rock instrumentation from the group – full horns soaring out over arrangements by Henry Crosby, Eddie Nuccilli, and David Van DePitte – no vocals at all, and not even much in the way of guitars! The whole thing is much more of an instrumental funk record than sides by Chicago or BS&T – and titles include "Care Free", "Never Can Say Goodbye", "So Far So Good", "Reach Out I'll Be There", "The High Place", and "One Bad Apple".  © 1996-2022, Dusty Groove, Inc.