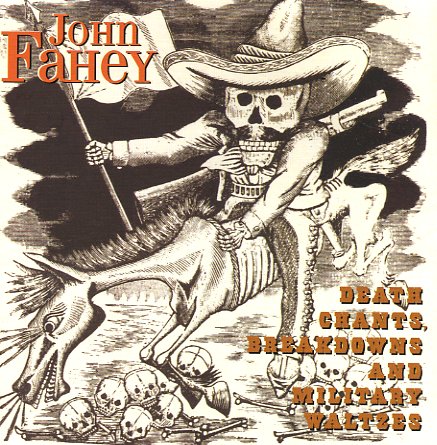 Some of the first material that John Fahey ever issued on album – presented here in two different variations of the original recording! The original Death Chants, Breakdowns, & Military Waltzes was an early Takoma Records release – and like many of them, had a title and a presentation that was a bit mysterious – part of Fahey's emergence from the vintage 78 underground, masquerading as a bit of an enigma – but already setting himself part from anyone else with his amazing work on guitar! The original album was issued in 1963, then re-recorded again in 1967 – with different tracks, and a sound that shows the already-maturing quality of Fahey's instrumentation. This CD presents both volumes – a total of 22 tracks that include "Spanish Dance", "Some Summer Day", "John Henry Variations", "America", "Take A Look At That Baby", "Sunflower River Blues", "When The Springtime Comes Again", "Dance Of The Inhabitants Of King Philip XIV Of Spain", and "On The Beach At Waikiki".  © 1996-2021, Dusty Groove, Inc.