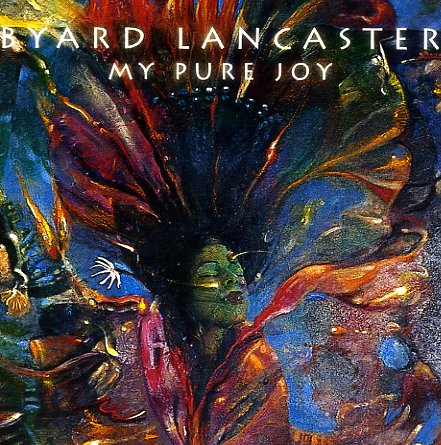 A really obscure set from legendary reedman Byard Lancaster – a set that was issued late in the history of the spiritual jazz label Black Fire, but one that's every bit as essential as their music from the 70s! Lancaster works here often with just a bit of percussion in the background – handled by a few contemporaries on the Philly scene, plus the Drummers From Ibadan – usually with just spare rhythms that have Byard soloing strongly on flute or saxophones – sometimes in a mode that's very spiritual, other times with more of a 70s sort of loft jazz vibe! The whole thing is great – a key lost chapter in both the career of Byard Lancaster, and the Black Fire label – and a set that was missed by many at the time, as it was only issued on CD. Titles include "Afro Space", "Drummers From Ibadan", "My Pure Joy", "Sweet Evil", "Philadelphia Savage", "Lancaster Brand Notes", and "Newest African Cities".  © 1996-2022, Dusty Groove, Inc.