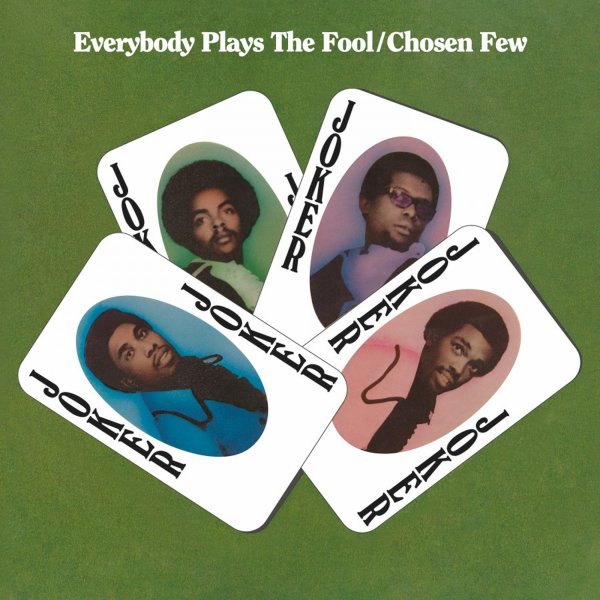 Fantastic stuff – and a record that's as much an early 70s reggae set as it is a strong bit of east coast soul – Kingston rhythms mixed with fantastic harmonies that maybe echo more of the East Coast group soul modes than some of the earlier Jamaican groups of the 60s! The choice of material also echoes that quality too – as The Chosen Few take on older soul classics, remade for a reggae market – mixed with a few original tracks of their own. Titles include "My Thing", "Reggae Stuff", "I Second That Emotion", "Make Way For The Young Folks", "La La At The End", and "Tears Of A Clown".  © 1996-2022, Dusty Groove, Inc.
(Individually numbered limited edition of 1000 – on heavyweight orange vinyl!)