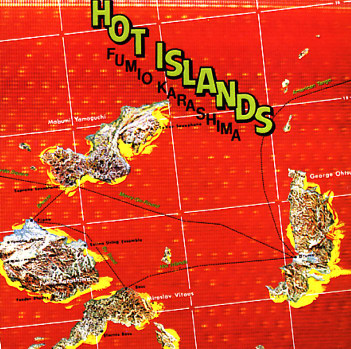 A more electric album than usual from pianist Fumio Karashima – but in a great way too! The album has Karashima playing Fender Rhodes, mini-moog, and other keys – in addition to his usual acoustic piano – in a driving quartet lineup with bass from Miroslav Vitous and saxes from Mabumi Yamaguchi! The sound is different than Karashima's acoustic work – a bit bolder and sometimes more spacey – but the record still strongly displays his warmth and imagination, especially on original compositions – and although in a common fusion mode of the time, there's a sense of subtlety here that we can really appreciate. A few tracks get a bit funky at the bottom, and titles include "Breeze", "American Tango", "By Road", "Hot Islands", "Chardin Square", and "Merry Go Round".  © 1996-2021, Dusty Groove, Inc.
(Part of the Nippon Jazz Spirits series!)