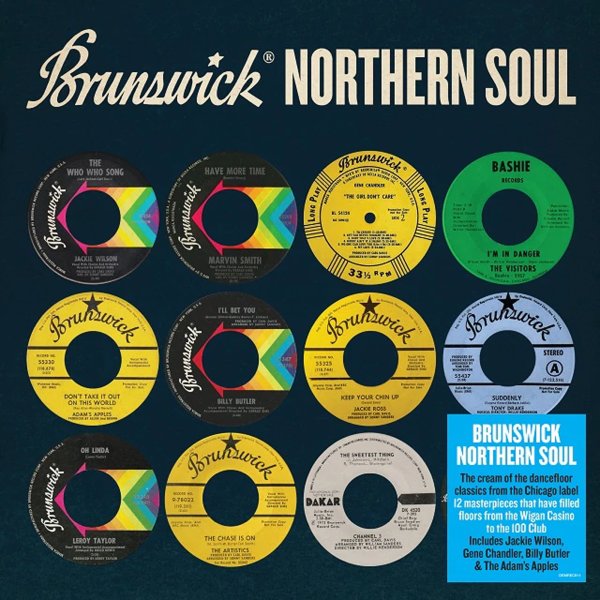 Brilliant work from one of the greatest soul labels ever – the mighty mighty Brunswick Records, home to some of the greatest work coming out of Chicago in the 60s and early 70s! The set really does a great job of moving past the hits – bringing together an assortment of hard to find tracks that mostly originally appeared on 45, and which were done by some of the more obscure artists who recorded for the label. Brunswick titles have appeared on so many compilations that you might pass this one by – but don't, because it's filled with great bits that go way past the obvious! Titles include "Suddenly" by Tony Drake, "Sweetest Thing" by Channel 3, "Bet You Never Thought" by Gene Chandler, "The Chase Is On" by The Artistics, "I'll Bet You" by Billy Butler, "Oh Linda" by Leroy Taylor, "Don't Take It Out On This World" by Adams Apples, "Have More Time" by Marvin Smith, "I'm In Danger" by The Visitors, and "Keep Your Chin Up" by Jackie Ross.  © 1996-2022, Dusty Groove, Inc.

Harlem Underground
Winley/Demon (UK), 1976. New Copy (reissue)
LP...$29.99 (LP...$9.99, CD...$7.99)
A legendary album – and for good reason too – a set that's as mysterious as it is funky, and a record that's stayed at the top of our crates for years! The album features a really unusual collective of musicians, pulled together under the guidance of producer Paul Winley – a ... LP, Vinyl record album

This Is The Beginning
Studio 10/Acid Jazz (UK), 1970. New Copy (reissue)
LP...$24.99 27.99
A rare album of funky soul from the Bay Area scene at the start of the 70s – and a set that's every bit as righteous as you might expect from the cover! The group's the creation of singer/keyboardist/arranger Leon Pattillo – hence the name – and you might know Leon from his later ... LP, Vinyl record album

First Time Around
Brunswick/Demon (UK), 1974. New Copy (reissue)
LP...$18.99 26.99
A lost set of female soul tracks – recorded in the waning years of the Brunswick label, when they were really experimenting with some great obscure groups, most of whom got lost in the tax shuffles of the label's demise! Odyssey 5 hail from North Carolina, and they've got an ensemble female ... LP, Vinyl record album